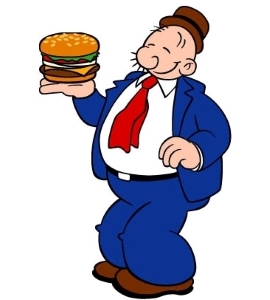 Starting something new. A new beginning or starting over. Sometimes it’s triggered by a desire to begin a new project, or we set a new goal, and other times we face it because of hard drive failure or a divorce. The funny thing about starting is that it’s a problem that’s as old as time. There are so many excuses not to start. Some might say “never put off till tomorrow what you can do the day after tomorrow,” as stated by Mark Twaine, or Oscar Wilde, or someone like that. and others may just be avoiding making payments, not unlike J. Wellington Wimpy. If creating something from nothing requires a grandiose god to accomplish such a feat, how is a mere mortal expected to do the same? 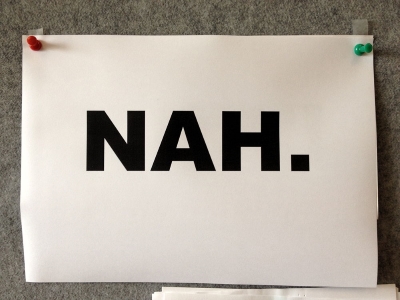 It’s true. The mythical tomorrow truly never comes. Any time we procrastinate, there’s a ripple effect that resonates far and wide throughout our lives. Dreams unfulfilled, business not dealt, promises broken, pride, self-worth, and trustworthiness diminished. These reasons and more are some strong arguments for starting. It’s never going to be done until it’s begun. So, I’ve decided to begin. But does it live up to my expectations? Could it be better? Maybe I should throw it out. I’ve just hit possibly the biggest hurdle in my journey of creation.

At last I’ve started. The formless is beginning to take shape. Projects are closing in on the finish lines and debts are being snowballed. But I can’t publish. I give up half way through, another Ableton session never to be opened again. It just didn’t work out, and even if it could be worked out, I don’t have the time, the skills, the tools, nor do I have a plan. This is the dark place, and there is no lantern to light the way.

So how does one "un-stuck" themselves from this rut? Perhaps the best solution is just to start, start again, and somehow yet again. Do I simply keep drinking from that immaterial substance that brought the big bang of initial inspiration, or do I wait for a new cow to arrive from a pasture unknown?

It’s never going to be perfect. Nothing done in this life is ever going to be perfect. Like building sandcastles, eventually all will be broken down by the waves of the ocean of life itself. No matter how much effort put in or planning that’s been done, there can always be better. How can I be happy with the final result? I’m a maximizer, not a satisficer, and I know it could be better. This sentiment has been shared with nearly all creators the world over, but at some point, one just has to stop, give it the seal of approval, and move on to another new project and start the whole process over again. Or perhaps I’ll put it off today and just wait until tomorrow.